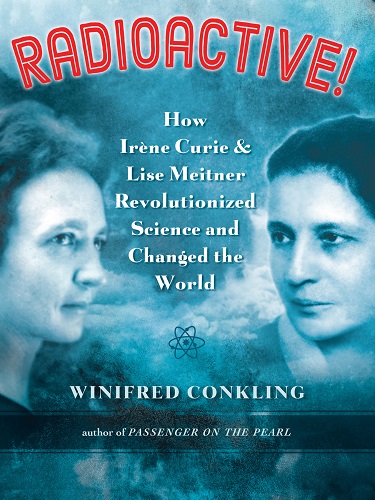 The fascinating, little-known story of how two brilliant female physicists? groundbreaking discoveries led to the creation of the atomic bomb.

In 1934, Irène Curie, working with her husband and fellow scientist, Frederic Joliot, made a discovery that would change the world: artificial radioactivity. This breakthrough allowed scientists to modify elements and create new ones by altering the structure of atoms. Curie shared a Nobel Prize with her husband for their work. But when she was nominated to the French Academy of Sciences, the academy denied her admission and voted to disqualify all women from membership. Four years later, Curie?s breakthrough led physicist Lise Meitner to a brilliant leap of understanding that unlocked the secret of nuclear fission. Meitner?s unique insight was critical to the revolution in science that led to nuclear energy and the race to build the atom bomb, yet her achievement was left unrecognized by the Nobel committee in favor of that of her male colleague.

The story of two women breaking ground in a male-dominated field, scientists still largely unknown despite their crucial contributions to cutting-edge research, in a nonfiction narrative that reads with the suspense of a thriller. Photographs and sidebars illuminate and clarify the science in the book.

"A thorough and engaging study of two female scientists worth their weight in radium."—Booklist, starred review

"In this thorough and clear dual biography, Conkling profiles two 20th-century scientists whose contributions facilitated the creation of the atomic bomb–to their horror. Though Lise Meitner (1878?1968) and Irène Curie (1897?1956) shared an idealistic and passionate devotion to physics, they were often rivals and never worked collaboratively…Both highly educated women struggled against chauvinist attitudes: Curie’s efforts to join the French Academy of Science were repeatedly turned down, while Meitner never received a Nobel Prize despite 15 nominations. Conkling successfully redresses that lack of recognition here. A glossary, time line, and extensive “Who’s Who” section provide additional context, along with explanatory sidebars and b&w photos."—Publishers Weekly

"Using a conversational tone, the author has written a book about historical figures involved in complex science that remains accessible for readers without prior knowledge of these topics. The inclusion of original photographs and images, additional brief explanations of scientific concepts, and a timeline of significant events connected to subjects covered is an unexpected bonus. Teens looking for material to complete a research paper will be glad to find this easy-to-read, fact-filled resource."—VOYA

"The contributions of two overlooked female scientists are made clear in this enlightening read…Luminous and fascinating, it recounts the lives and amazing findings of chemist (and daughter of Curie) Irène Joliot-Curie, codiscoverer of artificial radiation, and physicist Lise Meitner, codiscoverer of nuclear fission. Traversing the vicious landscapes of World War I and II and beyond, Conkling thoroughly explains the scientific explorations of each woman while describing their struggles being taken seriously as scientists even after Marie Curie had blazed a bright trail. Archival photos and primary source quotes enhance the story."—School Library Journal

"With a great sense of storytelling, author Winifred Conkling introduces two physicists whose major discoveries also brought about more equality and anti-war awareness in the sciences…Radioactive! addresses serious topics like the advent of chemical and atomic warfare and the Nazi rise to power, and leaves biography buffs wanting to know more in the best way."—BUST Magazine